Kierkegaard, in Works of Love (2009, p. 246) writes that “The eternal does not even understand, it divorces itself as vanity the cleverness which speaks only about the extent to which one’s expectation has been fulfilled but does not at all consider just what the expectation was. In eternity everyone will be compelled to understand that it is not the result which determines honour and shame, but the expectation itself. Therefore, in eternity it is precisely the unloving one, who perhaps was proved right in what he [frivolously], enviously, hatefully expected for the other person, who will be put to shame — although his expectation was fulfilled”. Expectations matter. But what may be even more important than our expectation is an awareness of them and then being able to act on them authentically; genuinely.
I remember reading a case about a man who desperately wanted a divorce, but was unable to ask his wife for one for multiple reasons. Instead, he began verbally and emotionally abusing her. It started a little at a time with passive aggressive comments about her cooking, her weight, or how long it took her to get ready. These escalated into more direct comments about who she was a person, how she was a failure, and could never make anyone happy. This went on for several months, nearly a year, before, she had an affair and left eventually left him.
After the divorce he found himself in therapy trying to make sense of why he wasn’t happy. After several months, the therapist asked, if he could remarry his ex-wife, would he?  After thinking about it, he said no. The therapist then asked, “so, what’s the problem?” The client looked up and said, “the problem is, she left me and I was supposed to leave her.”
These things may seem like technicalities or hair splitting, but they matter because they expose intent. If this man had been authentic and asked his wife for a divorce there would have been fighting, but there was plenty of that anyway. What he would have retained is the knowledge that he was honest; i.e., genuine because his intent was congruent with his act. And who knows, maybe a marriage could’ve been saved because both parties would know something was wrong. With his passive aggressive and inauthentic actions, his wife, and his self, were merely fighting shadows. Inauthenticity produces anxiety that takes an excessive amount of time to abate. Authenticity may produce discomfort and fear, but not anxiety. Discomfort and fear may give way to acceptance and courage. If anxiety as the byproduct of inauthentic actions, it merely conceives more anxiety. 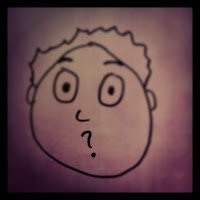