Karate Kid was an awesome movie. Not the new one, the one with Mr Miyagi. “Wax on; wax off. Left circle; right circle”. Daniel didn’t understand what sensei was teaching him at the time. He became frustrated, demanded that he wanted to learn karate, not how to paint and wax cars.
Several scenes later and Daniel is being attacked by the bullies! Unless they are accustomed to settling disputes via household chores, Daniel is done for! But then, something happens. Something unexpected by the audience, the bullies, and Daniel: he totally makes “left circle/wax off”, AND BLOCKS A PUNCH! Daniel’s short lived success gives way to surprise and doubt, and he gets beaten like a rented mule, but that doesn’t matter. It doesn’t matter because the encounter gave him the realization that while he had no clue what Miyagi was teaching him, it was working and he had to learn to trust those lessons regardless of the wrappers they came in.
When learning more about ourselves through therapy, life, or a trusted friend, there is a process. Trust the process. Don’t allow surprise to sabotage your success. With parents, with friends, with isolation, and with our selves, let’s continue to practice what we’ve begun to learn, even if we don’t fully understand it. 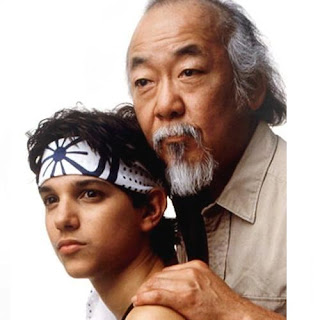